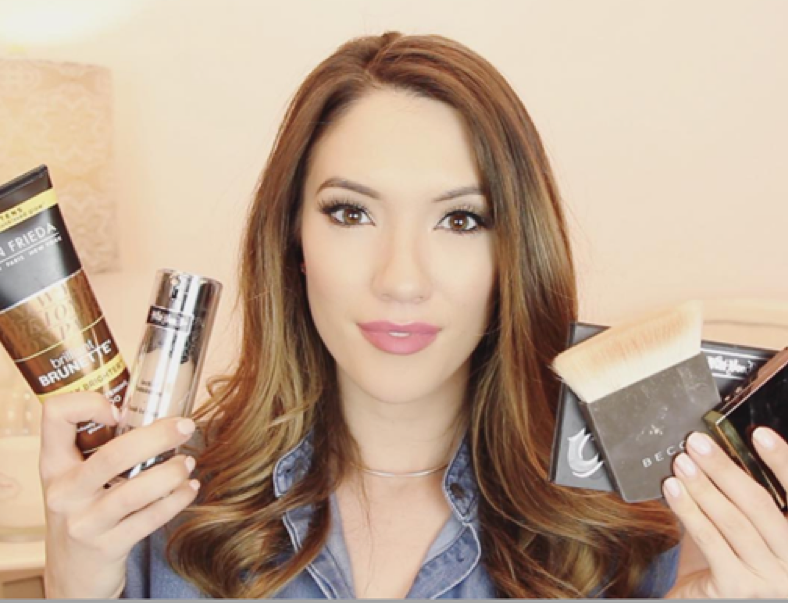 I recently wrote an article on how Association Marketing has evolved over the last century. In the last decade, it’s given rise to Influencer Marketing. It follows the same formula:

A) Align with talent or a property that imbues the same values and attributes as your brand.

B) Use their credibility and fan base to grow yours.

I’ve seen it become incredibly common – having worked with around 40 influencers in my career. It’s now big business. But is it worth it? Is it being quantified? There’s lots of research on how marketers advocate Influencer Marketing, but very little on its actual effectiveness.

Despite this, it’s grown year-on-year, especially when positioning a brand toward youth-led attributes (‘trendy’, ‘fashionable’, ‘cool’, ‘aspirational’). They’re also incredibly useful to amplify your campaign through the influencer’s social footprint. It’s not without its merits. I’ve seen lots of positive campaign results.

However, I’ve never bought into it as a long-term industry which will grow and evolve into mainstream culture and marketing communications. Things are about to change.

Let’s first examine the positives. Mediakik estimates the value of the Influencer market is at $1bn this year, projected to double by 2019. They’ve used a crude methodology based on the volume of #sponsored posts on Instagram. Not exactly credible in my book. They’re not the only ones to recognise the value of this media tactic. Everyone wants a slice of the pie. PR, media and creative agencies are all in on the action, creating their own Influencer Marketing divisions (or acquiring existing ones) to maximise revenue. This is in addition to Influencer Marketing agencies like Studio71 and Gleam. There are hundreds of influencer agencies out there who represent what they call ‘social talent’ or ‘online creators’. If you’ve got over 100k verified (*cough*) fans on a social platform, you’ve got an agent. Influencers are becoming a component of almost every brand’s marketing plan. It’s a great tool for startups and emerging brands to launch themselves without the need for huge budgets.

What is the actual ROI of Influencer Marketing?

If it’s going to hit the mainstream, it’s going to need to prove its worth – like all media channels who spend millions in research to prove their effectiveness.

Interestingly, Mediakik also investigated the existence of Influencer Marketing fraud. No one really knows how effective it is. 38% of marketers say they can’t determine a link between of influencer activity and actual sales. I wouldn’t use sales growth as a determinant of its value. Influencer Marketing drives brand affinity, trust and awareness. Yet still, there is no credible, quantifiable and scaled study that can prove the ROI of Influencer Marketing. I find this revealing.

I have worked on campaigns using influencers, and I’ve seen both negative and positive effects. Influencers create a sense of ‘realness’ for brands. Consumers relate to them – whether it’s a Mummy Blogger or a Foodie Fanatic. On brand tracking studies post campaign, I’ve found that they shift the dial in aligning a brand with key attributes. I’ve also seen them help to drive organic reach of online content campaigns, and I’ve seen them work for big brands in the TV space. There is tangible proof of success on a campaign by campaign basis, but nothing compelling enough to prove it’s worth across the board. One such study was conducted by Tap Influencer, unsurprisingly, an Influencer Marketing agency. Their report was based on one brand’s experience which apparently showed 11x higher sales when using Influencers. This is nothing more than a case study. It’s not a report.

Most influencers don’t make much money.

A) Authentic in their field (and consequently not willing to jump into bed with any old brand). They value their followers and they know that working with the wrong brand will do more harm than good in the long run.

B) The more ‘commercially pliable’ influencers. They don’t discern between brands. They don’t show an emotional connection with the campaign. They’re definitely not brand loyal. They’ll pretty much work with anyone for a fairly modest fee.

Influencers are notoriously hard to control or manage

This is particularly risky when working with large brands. I’ve had difficulty reaching Influencers about urgent issues because they’re still in bed – unsurprising when you’re basically a teenager! They often have inflated egos and fail to do the work to the highest standard. They aren’t always marketing ‘friendly’, and they don’t stick to the brief.

Influencer Marketing is NOT PR

Influencer Marketing is essentially product placement and paid endorsement. It’s just packaged up differently. If an influencer, celebrity or a magazine are being paid to promote a product or service, it is an advert. We can call it a ‘partnership’, ‘branded content’, ‘advertorial’ – but it’s an advert. This is where things start to get murky. Consumers can’t discern between the two.

Increased regulations make the above even more important. Last year, regulators made it very clear that brands need to be above board when they enter the realm of Influencer Marketing. Brands and influencers must be clear and transparent with users – using disclaimers on any piece of promotional content. If not, expect hefty fines. The Social Survey found that 77% of Instagram users don’t know what the #sp hashtag means, while 48% of users don’t know what the #ad hashtag means. If it’s unacceptable for TV, it’s unacceptable for Digital. While Facebook recently introduced a branded content feature, Instagram (the dominant market for influencers) has conveniently not.

It’s so important you have a prescriptive contract that is mutually agreed upon. Remember that Influencers aren’t marketers, nor do they have a team around them, like celebrities. If you want them to post about your brand, specify how many posts, on what social platforms, and at what time. Don’t leave any ambiguity. Ensure that they comply with guidelines and regulations. As brand owners, you are liable for their negligence. Monitor their activity, and collaborate rather than dictate (I mentioned they can be difficult to work with, right?). Have an exclusivity clause. I’ve had experiences with influencers who failed to mention an upcoming partnership with a direct competitor. Finally, you’ll want to have some kind of morality clause in there. We’ve heard of a number of YouTubers coming under fire for past behaviour. Have the wiggle room to remove any brand association if needed. Contracting is absolutely vital when you’re dealing with all talent, not just influencers.

The tide is already turning, and here is why. When a celebrity endorses a brand, we know and expect that to be a commercial agreement. We know the deal. The value of influencers (and indeed why they became popular among brands) is that they are perceived to be more authentic brand advocates. So when we see more and more overtly disingenuous brand endorsements by Influencers, we feel duped. It’s this very reason that regulations have been imposed to ensure that consumers are acutely aware that a post is not organic, it’s an ad. This value that attracted brands to influencers is the exact reason why they are now starting to turn away. The value has diminished.

Carefully vet your influencers – ensure your values align. Ensure they actually believe in your brand and product. Make sure they don’t have deals with lots of other brands as this feeds into mistrust.

Influencers are not the problem

We use influencers because they are authentic, because they have opinions and genuine followers based on their values and the content they create. A brand should not treat them as commodities. Unfortunately, they often do. When L’Oréal decided to launch a diversity campaign using Influencers, you would think that they’d do due diligence and research the people they ‘partner with’. Munroe Bergdorf is publicly open about her socio-political views, so it was L’Oréal who was in the wrong when they fired her because her views appeared in the news when their campaign launched. Influencers aren’t commodities, they’re people. Get to know them if you want your brand to partner with them.

It’s illuminating to me that for an Influencer to truly ‘make it’, they need to migrate from online social platforms to TV and print. Whether it’s as part of a brand ad campaign or a reality TV show, it’s indicative to me that we still hold mainstream media as the benchmark of success in our communications culture.

There will always be relevant times for a brand to use Influencers as part of a campaign or just a stand-alone promotion. As the market (and our newsfeeds) saturates, impact weakens. However, they are incredibly useful depending on your objectives and can feed into your wider marketing plan. Don’t treat it as a prerequisite. There is a time and a place to partner with social talent. Do the prep work, have it integrate seamlessly into your overall activity, and have a watertight contract!