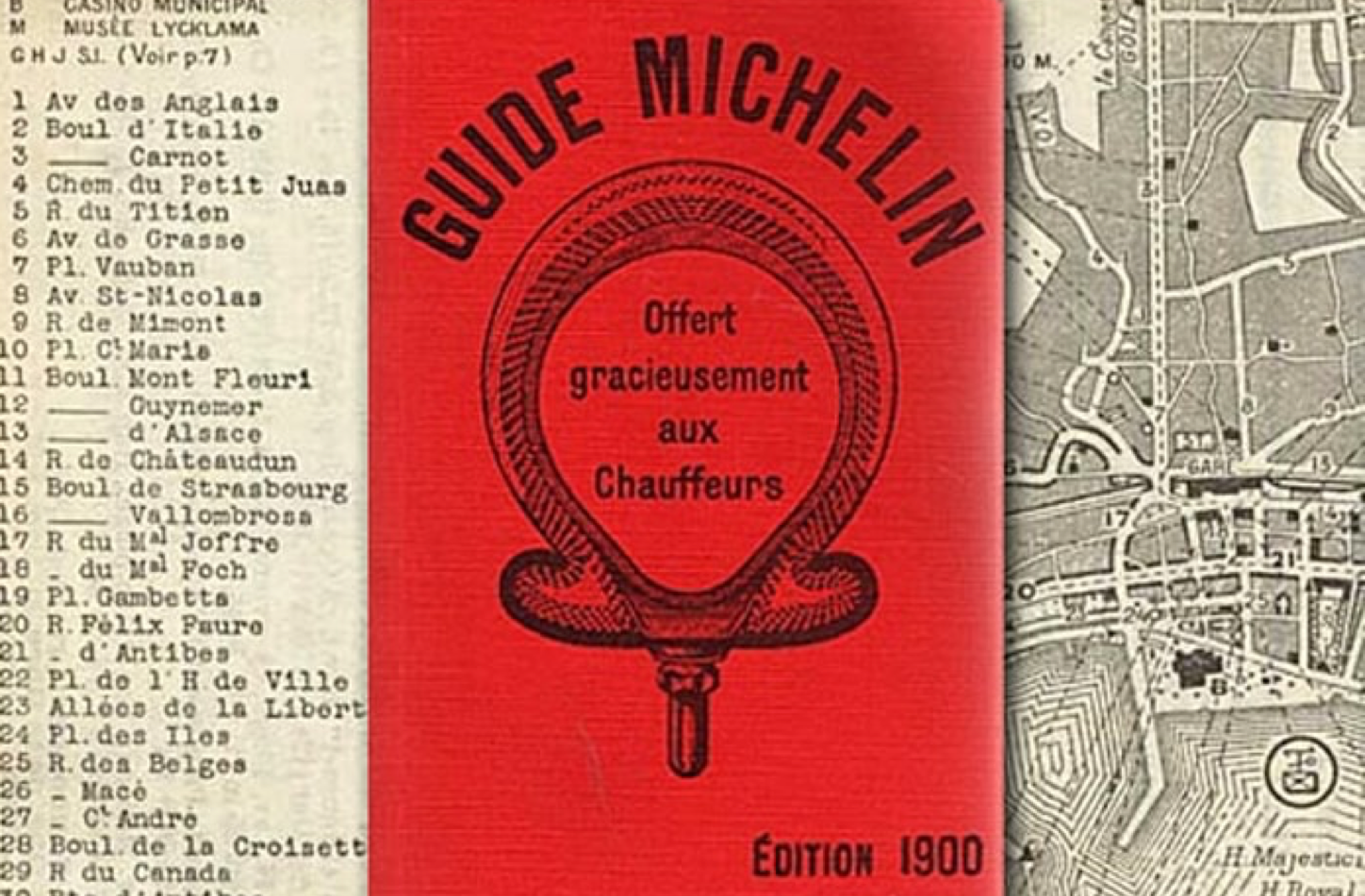 the evolution and implications of association marketing

TV ad spend fell by 6.2% in the first quarter of 2017 – the first decline in 8 years. With countless articles proclaiming the ‘death of TV’, broadcasters are fighting back. Thinkbox (funded by broadcasters) has systematically shut down this notion. Their latest not-so-subtle article entitled ‘TV advertising works’ definitely makes a solid case. Further to this, Channel 4 just published the biggest ever study into sponsorship effectiveness, proving its sustained value in today’s media landscape.

Association Marketing has become a huge component of both the traditional and non-traditional communications ecosystem. Its continued growth year on year despite a slow decline in traditional spend as a whole reaffirms its effectiveness. After Channel 4’s release of its latest research, we wanted to delve deeper into ‘Association Marketing’: it’s origins, why it works, and how it’s evolved. Having been a specialist in this area for many years, I wanted to offer some context.

The Origins of Association Marketing

It’s a marketing tool that’s existed for over a hundred years, beginning with the Michelin Guide in 1900.  A tyre manufacturer produced a free guide for motorists (only 5k at the time) in the hope it would encourage more people to buy cars, and thus, tyres. It spread across the continent and colonies, and by the 1920s it began to evolve into the Michelin Guide we know today.

Another example is the ‘soap opera’ – named appropriately given they were funded and sponsored by P&G and Colgate-Palmolive. Association Marketing saw its modern roots emerge through sports and events sponsorships like Rolex and Wimbledon.

In the UK, Sports and events sponsorship moved quickly into the realm of media: being synonymous with what people love, and tapping into popular culture. The first major TV sponsorship in the UK was Cadbury and Britain’s most loved soap, Coronation Street. It was a landmark deal in 1996. Although sponsorship was permitted since the 1980s, there were strict regulations in the UK, and no one quite got the brand fit right. Finally, Cadbury was convinced to put up £10m and struck a monumental deal with ITV. How many of you still think of Quality Street when you think of Coronation Street? That’s brand love and affinity for you.

The Evolution of Association Marketing

Association Marketing finally began to disperse and evolve into a sophisticated specialism – and by the 00s, it had become popular. By 2010, it had become a prerequisite.

Since then, sponsorships have become 360 integrated campaigns. It’s no longer a badging exercise. This is a reflection of how media consumption and behaviour has changed. TV viewing is fragmented – while the majority is still linear ‘live viewing’, a growing segment are watching through on-demand and catch-up services. Big TV shows have large social media communities, and push out extended or unseen clips of the show through non-traditional platforms. This forced brands and agencies to plan a more holistic sponsorship across all touchpoints for the viewer. Furthermore, TV formats are clued up on the value of their own brand, like X-Factor and most famously, GBBO – when they migrated to Channel 4 netting them a reported £8m in sponsorship revenue. Broadcasters and producers also offer licensing deals to Sponsors to further integrate with the show and drive revenue.

Here’s an example. I managed a TV sponsorship a few years ago:

We owned the main TV sponsorship in the form of ‘idents’ that were created to align closely with the premise of the show. These are aired throughout the show in varied ad lengths.

We negotiated an off-air licensing deal with the production company that allowed us to push out exclusive content from the show on our social platforms.

We hosted a branded microsite within the TV channel’s larger website, as well as ad takeovers using bespoke creative relating to the programme.

The TV channel promoted the brand in association with the programme on their social media.

We signed a separate deal with talent from the show and produced content which we pushed out on the brand’s website, their social channels, and other media partnerships in radio and lifestyle magazines.

We held twitter Q&As after the episodes which were co-hosted by the talent from the show.

We Strengthened our association with the show and grew the brand’s social community through incentives. We gave away licensed prizes relating to the show (tickets, merchandise, books).

We maximised our standard ‘broadcast sponsorship’ to the fullest, reflecting the changing nature of media consumption. Since then, it’s evolved further. There are now branded apps & games, interactive idents, even spin-off shows produced by the brand with talent.

This change in how people consume and interact with media has meant ad agencies have revolutionised the way in which sponsorships are planned and executed – but also why they’re recommended. We are now forced to think far more strategically about how and why a brand should sponsor a property (whether its radio, TV or events), and plan meticulously how to activate it.

We need to find a meaningful reason for the brand to be there – beyond a demographic audience match. This has led to far more immersive and relevant associations.

A brand should always consider how their sponsorship adds value to the viewer. Refresh their sponsorship idents to avoid wear-out, make them relevant and entertaining, and allow for further engagement by leveraging all touchpoints.

There are plenty of cases where a broadcaster or production company will decline a sponsorship offer for ethical reasons or because the association could damage the programme’s credibility. Certain TV personalities have been vocal about not taking on brands that don’t share the same values as them. Jamie Oliver has a short list of brands he will work with based on his values. We must never forget that the TV programme holds more value than the sponsorship itself. This led me back to C4 research’s core insight: sponsorship builds consumer trust.

As I mentioned, the overarching benefit of association marketing is affinity and brand love. However, we’ve seen a shift – the need for brands to be trusted. There is good reason. Edelman’s 2017 Trust Barometer reported the largest-ever drop in trust across the institutions of government, business, media and NGOs. We’re in an era of scepticism beyond what we’ve seen in modern times. As is often the case, this has spilled into marketing and advertising. So, sponsoring established and much-loved properties – be it a Sunday Times column, a football team, a nationally loved TV show – makes the brand trustworthy by association. In fact, what’s more trustworthy than the Michelin Guide?

This latest research by Channel 4 isn’t new news, but it reasserts the value of TV sponsorship. It won’t always be appropriate (I ought to write my list of the UK’s worst sponsorships, but it will be a very long list) and it is very costly. However, if executed well, it will remain in our hearts and minds for years to come.

Association Marketing has evolved considerably since the days of Coronation Street – although we’ll always have an anti-histamine sponsor the weather, and Bingo will always sponsor daytime TV. There are still millennial-targeted programmes on your old television box, and they’re still massively influential. However, the latest iteration of this marketing tool is the use of ‘influencers’. Millennial’s ability to trust brands and the media is unsurprisingly much lower than the average. In numerous studies on consumer trust in brands and advertising, results indicate that reviews and recommendations from friends and peers drive brand trust and consequently brand consideration. Association marketing has adapted accordingly and embraced influencers on social platforms, but also in peer-to-peer spaces like Spotify – is this merely a fad? Trust in influencer endorsements is seemingly eroding as quickly as it grew. Check back for our upcoming article on ‘The Influencer Marketing Bubble’.