Why Apple just pushed their luck, and it will mark their decline 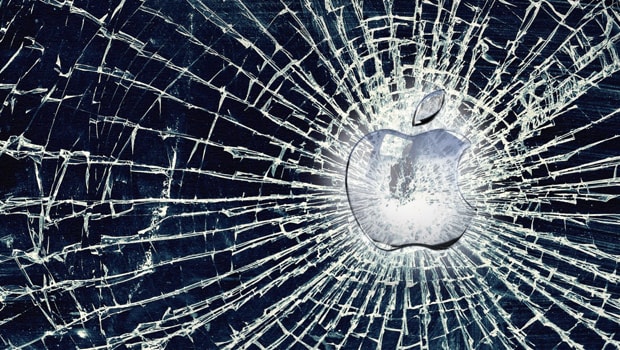 Apple achieved something extraordinary. It delivered a premium brand to a mass market. They have considerable competitors who offer similar functional benefits, but no-one touches their emotional benefits. They achieved price inelasticity – in a market that is price elastic. However, I believe Apple just pushed their luck.

Since 2016, Apple has been subject to criticism, turbulence in the markets and a decline in sales in China for the first time in 13 years. I should highlight here that Apple is undoubtedly one of the most successful companies of all time, reporting a continuous profit quarter by quarter. But the signs of decay were there. In early 2017 this was cemented when Google topped Apple as the world’s most valuable brand, according to Brand Finance. Their brand value got slashed by 27%. For brands like Apple, your brand equity (which might not be flagged in a typical balance sheet) is vital.

Apple has achieved its success by connecting and interlocking its products and services through innovation and design – it’s exactly how their iPod product and interlinking iTunes service dominated the MP3 market. Now, your MacBook and your iPhone speak to each other and the iCloud backs everything up. The further along you are in the Apple ‘maze of convenience’, the less likely you are to leave. It’s subscription model and its relationship with major networks sustains its very existence and makes it appear more affordable, despite being objectively too expensive for many of the consumers who carry their products. You’re upgrade becomes available and you continue operating within the Apple world.

Speaking specifically of the smart phone market, Mark Ritson rightly pointed out that the Apple brand itself is what will ensure its ongoing dominance in a market that is increasingly fragmented, and where new and often ridiculous innovations are not unique selling points, nor the main driver of consumer purchase. But it’s not enough to simply be the biggest beast in the wild and sit back.

I should highlight here that this is not a technical review of the newly released iPhones. I don’t know whether the iPhone 8 or X are worth their price points. That’s of less concern to me. What’s far more important from a marketing perspective is what consumers think – and consumer perceptions of them are not great. A great product is only great if consumers believe it to be.

The iPhone 7 was the last iteration of its kind. As many spectators argued last year, Apple needed to have another ‘iPod moment’ and redefine the sector. They needed to come out with something that reminded us why we love Apple. They certainly needed to differentiate themselves in a market where they are no longer functionally superior. Samsung is continually meeting or beating them across the board. This alone wouldn’t cause an Apple consumer to defect. But the below would:

They introduced price points that annoyed people. The iPhone X is nearly the same price as their MacBook. They need to be mindful that in the UK, they hiked their prices up post-Brexit – and it wasn’t well received. Britons are already pushed to their limits in accepting an unjustified price for all Apple products. It’s far more impactful in China – their third biggest market.  The retail price of the iPhone 8 is predicted to cost $200 more than the top-end iPhone 7. With local competitors accounting for 87% of market share, Apple may have pushed their luck in their most strategically important region. Anecdotally, eight is the luckiest number in China. There was an expectation that Apple would launch something truly special. Apple’s disregard for this is why it is vital to have a ‘local’ approach to foreign markets.

Pricing aside, there were further failings around this product launch:

They have failed to take into account societal sentiment around hyper-personalisation and security. Personal hacking and government surveillance are now real fears, not conspiracy theories. Introducing facial recognition security access that relates to the use of your camera feeds into this rising tide of revolt.

More? Yep. Their iOS11 update drains your battery 60% faster – one of the key negatives surrounding iPhones have been battery life.

Apple enjoys unprecedented PR and social noise after their annual conferences. This time, it’s not good.

What is interesting to me is the price of the iPhone X is so extreme that it’s become the subject of internet memes across social media. There will be a small group who will buy it just as a status of wealth, disposable income or lifestyle, but this audience is just too small. iPhones are not Hermes handbags. They’re still necessities. The argument posed by many is that your smartphone is such an integral part of our every day life, that the price tag in relative terms isn’t so high. Several sites are justifying the cost of the iPhone X by comparing its per day usage cost with necessities like coffee, Netflix subscriptions, or even your mattress. So where does the iPhone sit in the consumer usage matrix? Necessity or luxury? Apple cannot have it both ways – especially when they offer competitively priced alternatives that perform the same basic functions.

So, they introduced excessively expensive products and they tapped into every negative emotion consumers are feeling right now. Apple has retained their premium, high-end brand status but to a mass market – but they did they push their luck this time?

Apple stock is off 7% since the company launched their new iPhones, and CNBC reported that Apple has shed $50bn in market capital. Economists are calling this a ‘stock correction’. A true reflection of the company’s situation that will continue through the year.

Apple needed to reinvent itself like it did 20 years ago. Instead, they relied on being price inelastic in a sector that is price elastic. Apple is certainly not going bankrupt anytime soon, but this latest product innovation is a prime example of an empire becoming complacent and being the cause of its own slow decay.